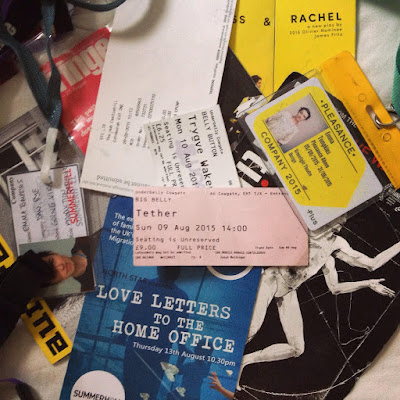 So It Goes heads to the Edinburgh Fringe from 24 to 30 August.  (Book ahead here.)  It's been excruciating following all the reviews and tweets from the festival, whilst we're stuck in London!

However, our Associate Artist Emma Tompkins has been at the festival all week, having designed Daniel Bye's show Going Viral, which is on at Northern Stage at Summer Hall at 2.10pm.

She's spent the week gorging herself on theatre, naturally, and we asked her to choose her favourite five shows.

I've tried to pick the shows that really stuck with me and not just to name the shows I know because I've worked on them or my mates are in them. Which is tough because I'm proud of the hugely talented companies and individuals I've worked with this year and a lot of my friends are in some really fantastic work! (Check out my twitter @emmatompkins if you’re curious about those)

But without further ado, my top five (and a half) picks of the Fringe are as follows.


by The Bloody Great Border Ballard team
Northern stage at Summer Hall, 11.10pm
A different collection of writers, performers and artists from the UK and Middle East come together each night to weave bespoke stories and yarns (literally). Funny, moving, slightly anarchic political theatre on the hoof and, true to any middle eastern gathering, there's tea.

3. Portraits in Motion by Volker Gerling in association with Aurora Nova

Volker Gerling decided to walk the lengths and breadth of Germany looking for people he wouldn't normally meet, and catching a fleeting 12 seconds of them on film. This show is a flick book mega mix of the stories from humanity that you wouldn't normally hear but are so glad you have, the most absolutely charming way to spend an hour. 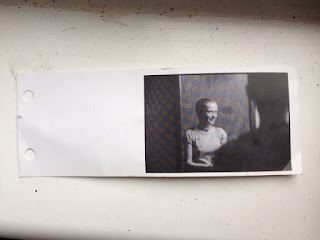 4. The Solid Life of Sugar Water by Graeae


Pleasance Dome, 4pm
An old fashioned play this time.  A very well crafted piece of theatre and intensely engaging collection of writing, performance, direction and design. The company also display a model of the set outside so partially sighted and blind audience members can feel and understand what the actors are moving on. Such a brilliant idea I wonder why we aren't all doing more for access to our shows. 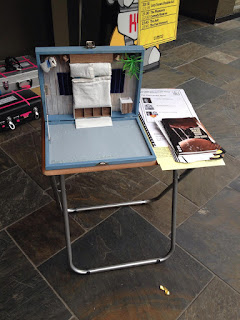 5. The Christians by Gate Theatre
Traverse, various times
I hate jumping on trendy theatre band wagons and The Gate certainly don't need me to get bums on seats but I was really surprised by the critics' responses on this one. Sometimes when I'm watching shows I'll compose the review tweet in my head; when I watched this show, I started deeply interrogating my own feelings on religion and realising just how relevant this show is at a time when our own regional theatres are renting themselves out to churches. I'll still be talking about this show weeks later.

5.5 Abacus by Early Morning Opera
Summerhall, 6.10pm
I don't understand this show. I don't think I'm supposed to. Or maybe I am, or maybe that's the point. Wildly complex pastiche, or a genuine blend of Kony 2012 graphics meets final year central st martins TedX lecture this is definitely one for the curious. I'm mainly recommending it so you can go, then explain to me what the hell happened.
Posted by On The Run at 10:36 No comments:


We had THE BEST time at the Edinburgh Fringe last year, when we emerged starry-eyed into the world and premiered our debut show So It Goes. (Relive the good times here.)

This year, So It Goes returns to Edinburgh for the last week of the festival:
24-30 August, 1.55pm at Underbelly, Cowgate.  Book ahead here.

But with the fun kicking off this week, here are a few recommendations...

Shows we think will be brilliant
Going Viral by Daniel Bye, designed by our Associate Artist, Emma Tompkins (14.10, Summer Hall)
Hug by Verity Standen (15.30, Forest Fringe, from 24 August)
Backstage In Biscuit Land by Touretteshero (17.00, Pleasance, from August 24)
You're Not Like The Other Girls Chrissy by Caroline Horton (11.20, Pleasance, from 22 August)
God Are Fallen And All Safety Gone (20.05, Summer Hall, from 17 August)
Blind Man's Song by Theatre Re (15.30, Pleasance)
This Much by Moving Dust (19.45, Zoo)

Other shows by our Producers Show And Tell (they have impeccable taste)
Duchess of Canvey by Diane Chorley (10.30pm, Underbelly)
Fylm School by Simon Munnery (19.40, The Hive)
And Nothing But by Simon Munnery (15.30, The Stand)
Lie Collector by Yve Blake (5.20pm, Pleasance)
A Gambler's Guide To Dying by Gary McNair (Various, Traverse)

The guy me and my sister see every single year because he's a total comic genius
Paul Foot (19.20, Underbelly)

Finally, check out the other shows in this year's fantastic British Council Edinburgh Showcase here.