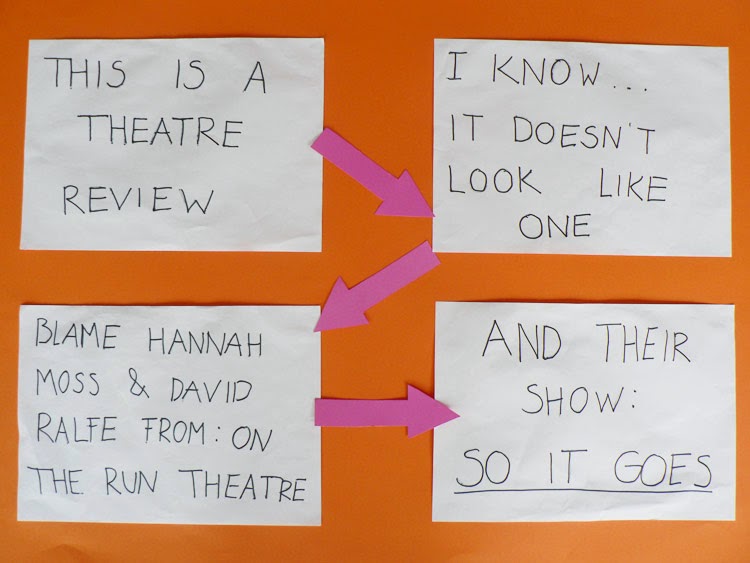 Possibly the best review we've ever had.  Certainly the most creative!

We're having a fantastic time performing So It Goes at Shoreditch Town Hall, in London. The final week has completely sold out and we've just announced an extra matinee performance at 4pm on Saturday 18th.  Tickets are going fast, so book ahead now!

The Times' Chief Theatre Critic, Dominic Maxwell, made us his Top Pick of the Week in Saturday's paper.  We were also a pick of the week in Metro and Time Out. 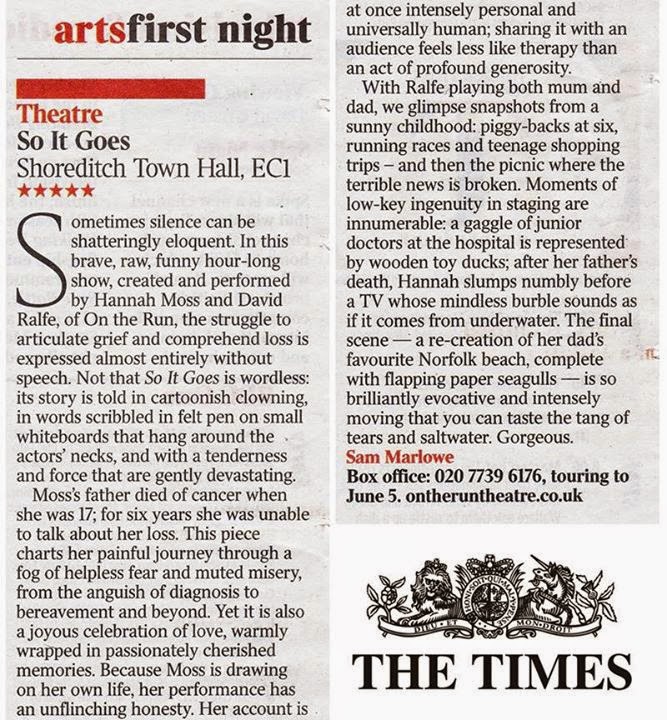 Today, Metro put us in their Top 5 shows to see in London: 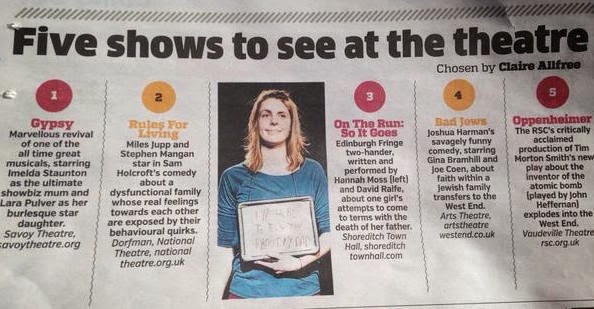 Here's a round-up of what our audiences have been saying on Twitter:


@ontheruntheatre funny, smart and moving. Really touched by the show this evening. Thank you for reminding me... she lived.
— Katie Edmondson (@Katie_Edmo) April 11, 2015


I went to see So It Goes last night at Shordeditch Town Hall. It was incredible. Please go see it and please take a tissue @ontheruntheatre
— Stacca (@Stacca) April 11, 2015