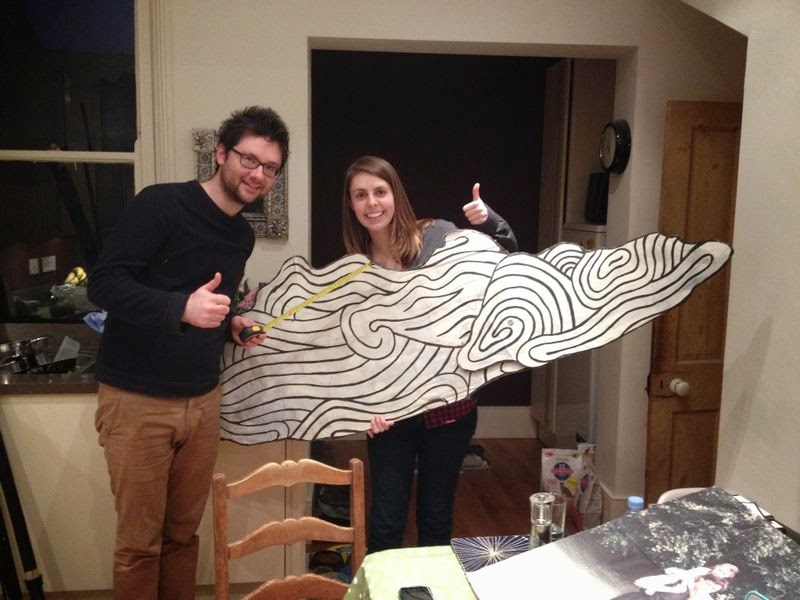 It’s been a busy start to the year as we work on shows old and new.  First, we announced our tour dates for So It Goes.  We’re overjoyed to be taking the show all over the UK, with 32 performances between now and the end of June.

That meant digging a lot of whiteboards and cardboard signs out of Hannah’s loft last week, which was a bit like getting all your old toys out of the cupboard!  We can’t wait to get our heads back into the show and to do the odd upgrade (see photo).

Then we headed to Camden People’s Theatre, where we’re going to be developing ideas for a new show over the next three months.  We’re part of a scheme called Starting Blocks and we’ll be benefiting from help from CPT and peer support from the other Starting Blocks artists.  It’s very exciting to be going back to the venue where I performed my first ever professional show back in 2011!  Artistically, it’s also extremely liberating to be making work in a place so well known for making fearless, risk-taking work.

We’ll be sharing our new material with audiences in a work in progress performance on March 29, at CPT’s annual SPRINT Festival.  We’d love to see you there and hear your feedback.